Subcutaneous injections are administered into the adipose tissue layer called “subcutis” below the dermis. See an image of the subcutis (hypodermis) layer in Figure 18.20.[1] Medications injected into the subcutaneous layer are absorbed at a slow and steady rate.

Prior to injecting the medication, inspect the skin area. Avoid skin areas that are bruised, open, scarred, or over bony prominences. Medical conditions that impair the blood flow to a tissue area contraindicate the use of subcutaneous injections in that area. For example, if a patient has an infection in an area of their skin called “cellulitis,” then subcutaneous injections should not be given in that area.

When administering a subcutaneous injection, assess the patient for any contraindications for receiving the medication. Apply nonsterile gloves after performing hand hygiene to reduce your risk of exposure to blood. Position the patient in a comfortable position and select an appropriate site for injection. Cleanse the site with an alcohol swab or antiseptic swab for 30 seconds using a firm, circular motion, and then allow the site to dry. Allowing the skin to dry prevents introducing alcohol into the tissue, which can be irritating and uncomfortable. Remove the needle cap with the nondominant hand, pulling it straight off to avoid needlestick injury. Grasp and pinch the area selected as an injection site.[5] See Figure 18.22[6] for an image of a nurse grasping the back of a patient’s upper arm with the nondominant hand in preparation of a subcutaneous injection at the anatomical site indicted with an “X.”

Hold the syringe in the dominant hand between the thumb and forefinger like a dart. Insert the needle quickly at a 45- to 90-degree angle, depending on the size of the patient and the amount of adipose tissue. After the needle is in place, release the tissue with your nondominant hand. With your dominant hand, inject the medication at a rate of 10 seconds per mL. Avoid moving the syringe.[7] See Figure 18.23[8] for an image of a subcutaneous injection. 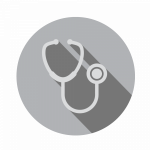 When injecting heparin or when using an insulin pen, continue pinching the skin during the injection and release the skinfold immediately before withdrawing the needle.

Withdraw the needle quickly at the same angle at which it was inserted. Using a sterile gauze, apply gentle pressure at the site after the needle is withdrawn. Do not massage the site. Massaging after a heparin injection can contribute to the formation of a hematoma. Do not recap the needle to avoid puncturing oneself. Apply the safety shield and dispose of the syringe/needle in a sharps container. See Figure 18.24[9] for an image of a needle after the safety shield has been applied. Remove gloves and perform hand hygiene.[10]

Examples of common medications administered via subcutaneous injection include insulin and heparin. Special considerations for each of these medications are discussed below.

Insulin is considered a high-alert medication requiring special care to prevent medication errors.  Care must be taken to ensure the correct type and amount of insulin are administered at the correct time. It is highly recommended to have insulin dosages double-checked by another nurse before administration because of the potential for life-threatening adverse effects that can occur due to medication errors. Some agencies require this second safety check.

Only insulin syringes should be used to administer insulin injection. Insulin syringes are supplied in 30-, 50-, or 100-unit measurements, so read the barrel increments (calibration) carefully. Insulin is always ordered and administered in unit dosage. Insulin dosage may be based on the patient’s pre-meal blood sugar reading and a sliding scale protocol that indicates the number of units administered based on the blood sugar reading.[11],[12]

There are rapid-, short-, intermediate-, and long-acting insulins. For each type of insulin, it is important to know the onset, peak, and duration of the insulin so that it can be timed appropriately with the patient’s food intake. It is essential to time the administration of insulin with food intake to avoid hypoglycemia. When administering insulin before a meal, always ensure the patient is not nauseated and is able to eat. Short- or rapid-acting insulin may be administered up to 15-30 minutes before meals. Intermediate insulin is typically administered twice daily, at breakfast and dinner, and long-acting insulin is typically administered in the evening.[13],[14]

When administering cloudy insulin preparations such as NPH insulin (Humulin-N), gently roll the vial between the palms of your hands to resuspend the medication before withdrawing it from the vial.[15],[16] See Figure 18.25[17] for an image of insulin NPH that is cloudy in color.

Preparing Insulin in a Syringe

When withdrawing insulin from a vial, check the insulin vial to make sure it is the right kind of insulin and that there are no clumps or particles in it. Also, make sure the insulin is not past its expiration date. Pull air into the syringe to match the amount of insulin you plan to remove. Hold the syringe like a pencil and insert the needle into the rubber stopper on the top of the vial. Push the plunger down until all of the air is in the bottle. This helps to keep the right amount of pressure in the bottle and makes it easier to draw up the insulin. With the needle still in the vial, turn the bottle and syringe upside down (vial above syringe). Pull the plunger to fill the syringe to the desired amount. Check the syringe for air bubbles. If you see any large bubbles, push the plunger until the air is purged out of the syringe. Pull the plunger back down to the desired dose. Remove the needle from the bottle. Be careful to not let the needle touch anything until you are ready to inject.[18]

One anatomic region should be selected for a patient’s insulin injections to maintain consistent absorption, and then sites should be rotated within that region. The abdomen absorbs insulin the fastest, followed by the arms, thighs, and buttocks. It is no longer necessary to rotate anatomic regions, as was once done, because newer insulins have a lower risk for causing hypertrophy of the skin.[23],[24]

Insulin pens are a newer technology designed to be used multiple times for a single person, using a new needle for each injection. See Figure 18.27[26] for an image of an insulin pen. Insulin pens must never be used for more than one person. Regurgitation of blood into the insulin cartridge can occur after injection, creating a risk of blood-borne pathogen transmission if the pen is used for more than one person, even when the needle is changed.[27] Prefilled insulin pens consist of a prefilled cartridge of insulin to which a special, single-use needle is attached. When using an insulin pen for subcutaneous insulin administration, a few additional steps must be taken according to manufacturer guidelines. The needle should be primed with two units of insulin, and then the dosage should be dialed in the dose window. The pen should be held with the hand using four fingers so that the thumb can be used to fully depress the plunger button. The pen should be left in place for ten seconds after the insulin is injected to aid in absorption.[28]

Insulin pens are often prescribed for home use because of their ease of use. Patients and family members must be educated on how to correctly use an insulin pen before discharge. To evaluate a patient’s knowledge of how to correctly administer insulin, ask them to “return demonstrate” the procedure to you.[29],[30]

Heparin is an anticoagulant medication used to treat or prevent blood clots. It comes in various strengths and can be administered subcutaneously or intravenously. Heparin is also considered a high-alert medication because of the potential life-threatening harm that can result from a medication error. See Figure 18.28[33] for an image of a prefilled syringe of enoxaparin (Lovenox), a low-molecular weight heparin, that is typically dispensed in prefilled syringes. Review specific guidelines regarding heparin administration in Table 18.5.[34]

For more information about heparin, visit the “Blood Coagulation Modifiers” section of the “Cardiovascular and Renal System” chapter in Open RN Nursing Pharmacology.

A jet injector is a medical device used for vaccinations and other subcutaneous injections that uses a high-pressure, narrow stream of fluid to penetrate the skin instead of a hypodermic needle. An example of a flu vaccine approved for administration to adults aged 18-64 is AFLURIA © Quadrivalent. The most common injection-site adverse reactions of the jet injector flu vaccine up to seven days post-vaccination were tenderness, swelling, pain, redness, itching, and bruising.[36] Insulin can also be successfully administered via a jet injector, with research demonstrating improved glucose control because the insulin is spread out over a larger area of tissue and enters the bloodstream faster than when administered by an insulin pen or needle.  Patients have indicated preference for insulin delivered by the jet injector compared to the insulin pen or syringe because it is needle-free with less tissue injury and pain as compared to the needle injection.[37] See Figure 18.29[38] for an image comparing insulin delivery devices.

Another type of new technology used to continuously deliver subcutaneous insulin is the insulin pump. Pumps are a computerized device attached to the body, either with tubing or attached to the skin. They are programmed to release small doses of insulin (continuously or as a surge bolus dose) close to mealtime to control the rise in blood sugar after a meal. They work by closely mimicking the body’s normal release of insulin. Insulin doses are delivered through a flexible plastic tube called a catheter. With the aid of a small needle, the catheter is inserted through the skin into the fatty tissue and is taped in place.[39] See Figure 18.30[40] for an image of an insulin pump infusion set attached to a patient.

Nursing Skills by Open Resources for Nursing (Open RN) is licensed under a Creative Commons Attribution 4.0 International License, except where otherwise noted.