Once a drug has been absorbed and distributed in the body, it will then be broken down by a process known as . The breakdown of a drug molecule usually involves two steps that take place primarily in the body’s chemical processing plant: the liver.  (See Figure 1.5[1] for an image of a human liver.)  Everything that enters the bloodstream—whether swallowed, injected, inhaled, absorbed through the skin, or produced by the body itself—is carried to this largest internal organ.

The biotransformations that take place in the liver are performed by the liver enzymes. Every one of your cells has a variety of enzymes, and each enzyme specializes in a particular job. Some enzymes break molecules apart, while others link small molecules into long chains. With drugs, the first step in metabolizing occurs through a process known as the , in which orally administered drugs are broken down in the liver and intestines.  This makes the substance easier to excrete in the urine.  Medications made of protein that are swallowed or otherwise absorbed in the GI tract may quickly be deactivated by enzymes as they pass through the stomach and duodenum. If the drug enters the blood from the intestines, part of it will be broken down by liver enzymes, known as the first pass effect, and some of it will escape to the general circulation to either be protein-bound (inactive) or stay free (and create an action at a receptor site). Thus, several doses of an oral medication may be needed to maintain enough active free drug in the circulation to exert the desired effect.

Many of the products of enzymatic breakdown, which are called metabolites, are less chemically active than the original molecule. For this reason, scientists refer to the liver as a “detoxifying” organ.   However, rather than being destroyed by liver enzymes, a few drugs are metabolized into an active form of an intended drug called a “prodrug.”  Prodrugs have chemical activities of their own—sometimes as powerful as those of the original drug. When prescribing certain drugs, healthcare providers must take into account these added effects. Once liver enzymes are finished working on a medicine, the now-inactive drug undergoes the final stage of its time in the body – excretion – as it exits via the urine or feces. [2]

Neonate & Pediatric: The developing liver in infants and young children produces decreased levels of microsomal enzymes. This may result in a decreased ability of the young child or neonate to metabolize medications. In contrast, older children may experience increased metabolism and require higher doses of medications once the hepatic enzymes are fully produced.[3]

Older Adult: Hepatic metabolism may experience a significant decline in the older adult. As a result, dosages should be adjusted according to the patient’s liver function and anticipated metabolic rate. First-pass metabolism is also decreased with aging; therefore, older adults may have higher “free” criculating drug concentrations and be at higher risk for side effects and toxicities.[4]

Metabolism can be influenced by many factors within the body. If a patient has liver damage, the patient may not be able to breakdown (metabolize) medications as efficiently. Dosages are calculated according to the liver’s ability to metabolize and the kidney’s ability to excrete.

When caring for a patient with cirrhosis, how does this condition impact the dosages prescribed for the patient?

Note: Answers to the Critical Thinking activities can be found in the “Answer Key” sections at the end of the book. 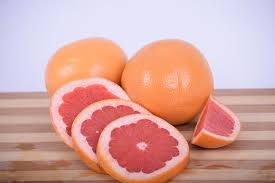 Did you know that, in some people, a single glass of grapefruit juice can alter levels of drugs used to treat allergies, heart diseases, and infections? Fifteen years ago, pharmacologists discovered this “grapefruit juice effect” by luck, after giving volunteers grapefruit juice to mask the taste of a medicine. Nearly a decade later, researchers figured out that grapefruit juice affects the metabolizing rates of some medicines by lowering levels of a drug-metabolizing enzyme, called CYP3A4 (part of the CYP450 family of drug-binding enzymes), in the intestines.

The breakdown of a drug molecule.

The breakdown of orally administered drugs in the liver and intestines.

Nursing Pharmacology by Open Resources for Nursing (Open RN) is licensed under a Creative Commons Attribution 4.0 International License, except where otherwise noted.